A series of interlocking prints made for Pyramid Atlantic’s “Outside the Margin” print portfolio, Deliverance was created by exposing one large cyanotype, divided into nine prints. What was planned as a double exposure cyanotype seemed cold and lifeless. Enter the cast of nine figures, each cut from a single page of a vintage health book (expressing the importance of exercise). The planned prints became an eery blue backdrop that interacted with each figure. The large cross shapes reminded me of my own difficult relationship with — and eventual release from — the imposing Catholic church. Each frame is a comment on individual relationships with religion. 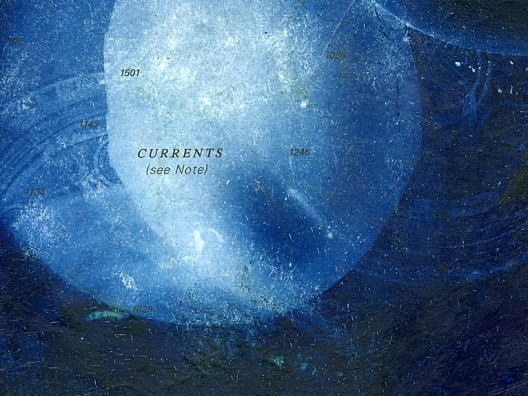 Tangled Up in Blue